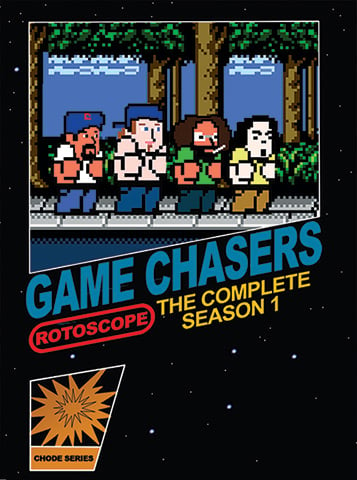 DVD's are region free!
DVD set will include:

Every episode of season 1 RE-Edited with additional NEVER before seen footage! Some episodes being 2-3 minutes longer!
Audio commentary for every episode, with tracks from 8-Bit Eric, Gamester81, and Pat the NES Punk to name a few!
The PAX episodes re-edited into one big Pax special with new footage!
An exclusive interview with the "Alright Guy"
A HUGE outtake reel with never before seen interview footage and tons of nonsense
A documentary - "We Should Do This With Video Games" The Story of Season 1
making of featurettes!
A NEVER before seen Game Chasers episode made just for the DVD featuring places we went in season 1 but never made it on the show!
The FIRST Halloween cartoon with commentary!
A making-of featurette for the cartoon!
Tons and Tons of just random footage never before seen!
A DVD exclusive interview with Dodongo!
More gag reels, outtakes, and easter eggs!
DVD set will in include a bonus 3rd disc just for people who pre-ordered!
EVEN MORE exclusive content