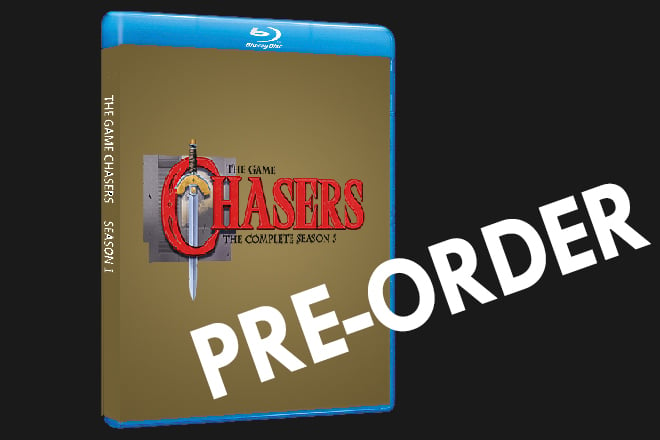 THIS IS A PRE-ORDER. Item Will be shipped at a future date when manufacturing is complete.

-Each episode of season 5 remastered and uncensored, many extended just for this set, including added scenes and new footage
-a BLU-RAY EXCLUSIVE NEW EPISODE!
-Commentary on each episode
-A documentary on the making of season 5
-Over 1 hour of Outtakes and deleted scenes
-Interactive menus
-A never before seen episode featuring unused footage from season 5
-"The Dodongo Den" Part 3
more to be added and announced

Episode 50 With Chris and Jay fighting over the Sega CD case!

Episode 46 Where they guys exchange games for beer

Episode 43 Where the guys get robbed

Episode 49 With there turn of Dodongo from hiatus